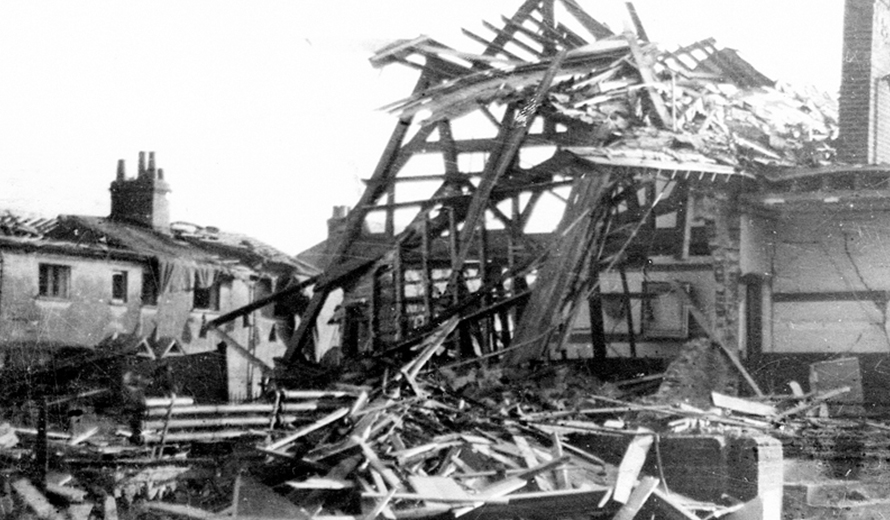 Luton has vast significant history during the World War II. From industrialization to massive civic developments, Luton has always been upfront to prove its worth. As a matter of fact, Luton was also specifically by the Nazi bombers because they knew about industries and factories in it. In addition, they also had known that Luton’s factories are used for manufacturing of military components and equipment (Vauxhall Motors).

During World War II, Luton suffered from 24 actual raids which resulted killing 107 people and leaving 500 injured. There were around 900 air raid warning that was communicated in-particular for Luton. Despite the raids and attacks, WWII had damaged most of the important buildings by dropping bombs time to time.

Vauxhall Motors, the famous motor company from Luton, was called upon by the British Army when it faced a shortage in the tanks (100 tanks left). Vauxhall Motors was asked to assist in the manufacturing of tanks. Regardless of Vauxhall’s patriotic enthusiasm, Luton became the primary target of the Luftwaffe (an aerial war branch of the German military during WWII). The manufactured tanks were called ‘Churchill Tanks’. Development of these tanks possibly dated in July 1940 after the evacuation of Dunkirk.

In the same month, an airport was launched from Luton to be used for military aircraft. Along with the runway, RAF (Royal Air Force) used the site for its base. Numerous war planes were flown from Luton airport, making it one the historical airports in the world.

According to the Ordnance Survey, Nazi mapped and chosen 3-8 sites in Luton for the bombing. The news of tank manufacturing had already triggered the Luftwaffe and every Nazi was eager to know the location as they knew that British army has few tanks left. In fact, Winston Churchill ordered the Vauxhall Motors to manufacture the tanks as soon as possible, without creating a gap for the Nazi to attack. Sites for the bombing were supposed to be used for the bus stop and train stations, industries and factories, airport, and significant buildings.

Vauxhall Motor successfully manufactured and tested 5,000 tanks. A quarter of all the trucks available in Luton were used for the delivery of these tanks, artillery, and other military equipment. Upon exposure of the manufacturing site, Nazis launched bombings on August 30, 1940, at around 4:45 pm under the supervision of Luftwaffe. It damaged most of the factory, killed 30 people and left 300 injured on site. Fire at different places also broke out. Luftwaffe further continued bombing the surrounding areas of Luton, assuming that there might be more manufacturing sites or military bases.

RAF instantly responded to the attack and chased Luftwaffe aircraft around Vauxhall factory but they were seconds late to counter the situation. Germans dropped 194 bombs in few seconds around the Luton. Of all, the heaviest and most destructive bomb (1,000-kilo bomb) was dropped at a bus depot, located on Park Street, which was hit twice with bombs in a month.