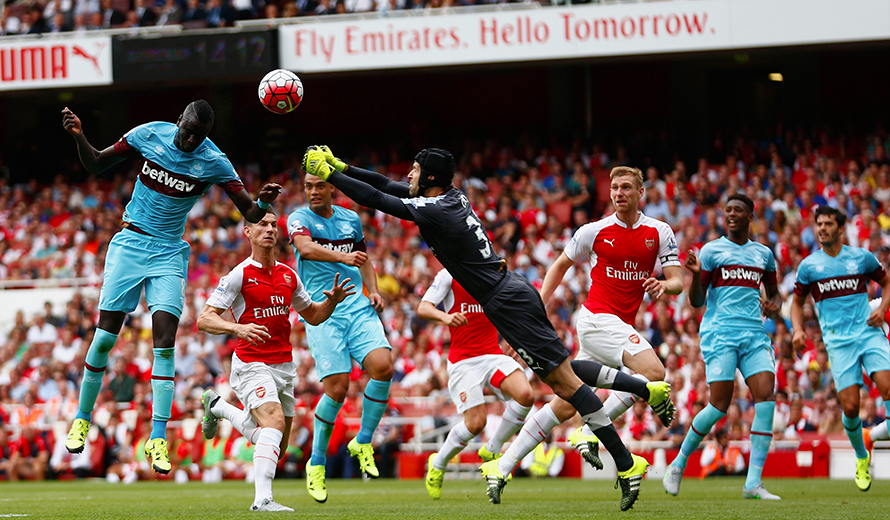 Apart from iconic historical landmarks and hugely popular urban parks, the city of London is also home to 13 professional football clubs, more than any other city in the world. Unsurprisingly, football remains the popular sport in the city by a long way. Of these 13 clubs, five currently ply their trade in England’s top division, the English Premier League. These include Arsenal, Tottenham Hotspur, West Ham United, Crystal Palace, and newly-crowned English champions Chelsea.

Seeing as we are in the off-season these days with the transfer rumour mill running at full tilt, I thought I would explore a little bit about the history of these top-flight clubs from London.

Arsenal were the first club from the south of England to join The Football League in 1893. The current FA Cup holders are the most successful London-based football club in terms of trophy wins. Their haul of 43 major trophies has been bettered only by Manchester United (62) and Chelsea (60).

In 1886, Woolwich munitions workers in south-east London founded the club as Dial Square. In 1913, the club crossed the city to relocate to Highbury Stadium. They became Tottenham Hotspur's nearest club and rivals, thus laying the foundations of the fiercely-contested North London Derby we know today. In 2006, they moved down the road to the Emirates Stadium.

Arsenal entered the top flight of English football (then known as the First Division) in 1904 and have since accumulated the second most number of points. They are also the team with the longest-running streak in the top division, having played in the top flight ever since returning from the old Second Division in 1919. One of the most successful periods in the club’s history was during the 1930s when they won five League Championships and two FA Cups.

Another FA Cup and two League Championships followed after the Second World War. This was followed by the relatively barren period of the 1950s and 1960s during which time Manchester United and Leeds United dominated the English game. A brief return to glory beckoned in 1970-71 when they won their first League and FA Cup Double. However, arguably the most successful period in the club’s history was from 1989 to 2005, during which time five League titles and five FA Cups (including two more Doubles) were added to the Gunners’ impressive trophy cabinet. This was followed by another barren decade from 2005 onwards when the club went 9 years without winning a single trophy. Success has returned to the Emirates Stadium in recent years with Arsenal winning the FA Cup in three of the last four seasons. 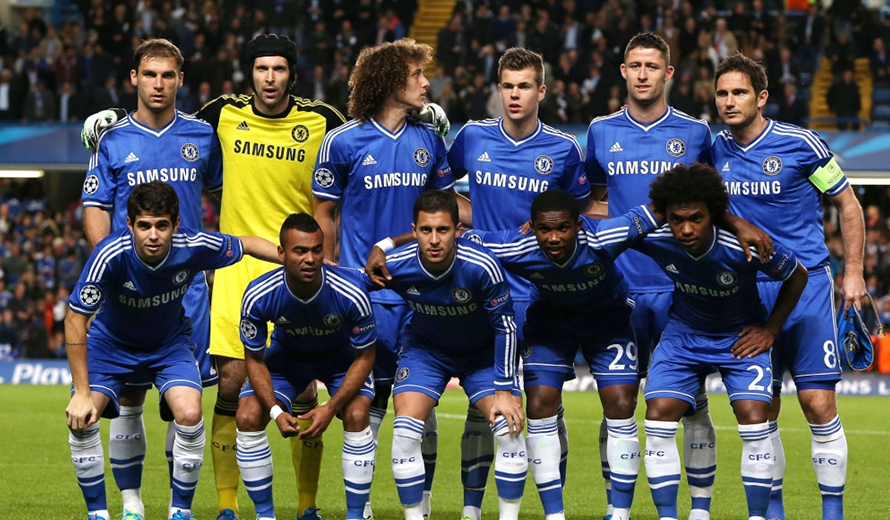 The current champions of England were founded in 1905 and have played at their Stamford Bridge home ground since inception. In 1904, Gus Mears acquired the Stamford Bridge athletics stadium with the aim of turning it into a football ground. An offer to lease it to nearby Fulham was turned down, so Mears opted to found his own club to use the stadium. As there was already a team named Fulham in the borough, the name of the adjacent borough of Chelsea was chosen for the new club. Names like Kensington FC, Stamford Bridge FC, and London FC were also considered. Chelsea were founded on 10 March 1905 at The Rising Sun pub (now The Butcher's Hook) opposite the present-day main entrance to the ground on Fulham Road.

The club won promotion to the First Division in their second season, and seesawed between the First and Second Divisions in their early years. They reached the 1915 FA Cup Final, where they lost to Sheffield United at Old Trafford, and finished third in the First Division in 1920, the club's best league campaign to that point. Despite attracting large crowds and boasting for splashing the cash on big-name players, major success continued to elude the club in the inter-war years.

The first major success enjoyed by the club was the 1955 League Championship win. This was followed by wins in various Cup competitions between 1965 and 1971. However, a major upturn in fortune has occurred since Russian oil tycoon Roman Abramovich bought the club in 2003. And the last two decades have brought unprecedented success with the Blues winning 21 trophies since 1997. All in all, Chelsea have won six League Championships (including the most recent triumph in 2017), seven FA Cups, five League Cups, four Community Shields, one UEFA Champions League, two UEFA Cup Winners' Cups, one UEFA Europa League, and one UEFA Super Cup. To date, they remain the only London-based club to have won the biggest prize in European football (UEFA Champions League), a feat they achieved in 2012 beating German giants Bayern Munich on penalties. 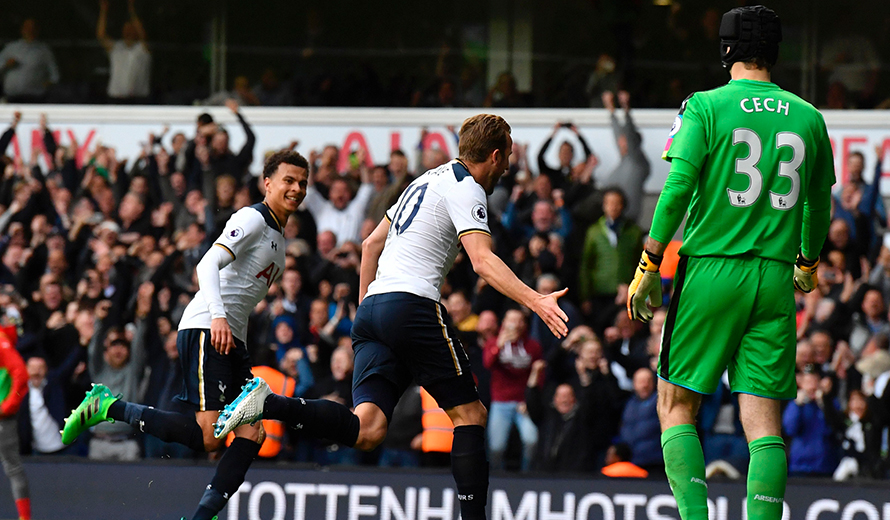 Tottenham Hotspur was formed in 1882 as Hotspur F.C. and played in the Southern League from 1896 until 1908, when they were elected into the Football League Second Division. Before this promotion, Tottenham had won the FA Cup in 1901, making them the only non-League club to do so since the formation of the Football League in 1888.

Tottenham were also the first club in the 20th century to achieve the League and FA Cup Double, winning both competitions in 1960-61. After successfully defending the FA Cup in 1962, they became the first British club to win a UEFA club competition, the European Cup Winners' Cup, in 1963. A third FA Cup followed in 1967. During the 1970s, Spurs won the League Cup on two occasions and were the inaugural winners of the UEFA Cup in 1972, becoming the first British club to win two different major European trophies. The 1980s also brought a decent amount of success with the north Londoners winning the FA Cup twice, the Community Shield, and the UEFA Cup in 1984. Another FA Cup and League Cup win followed during the 1990s. When they won the League Cup once more in 2008, it meant that they had won a major trophy in each of the last six decades – an achievement only matched by Manchester United.

With 26 major trophies, Tottenham are the third most successful football club in London. 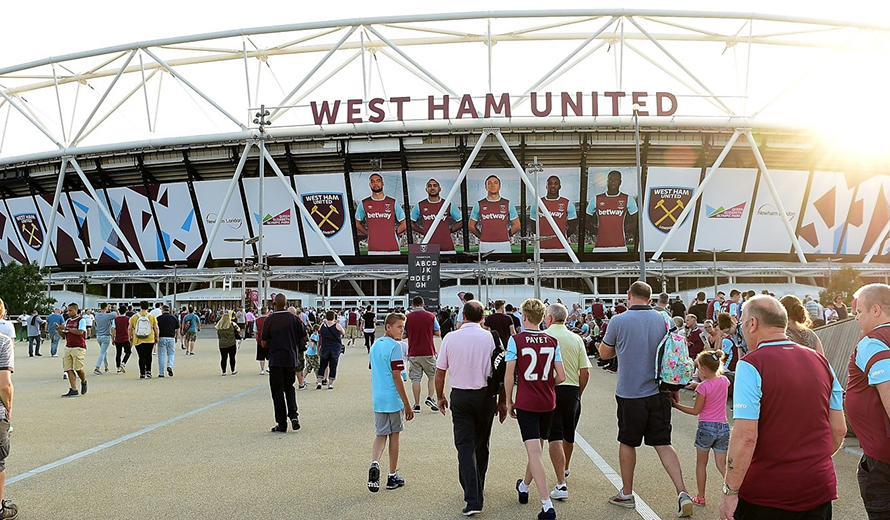 The club was founded in 1895 as Thames Ironworks and reformed in 1900 as West Ham United. They moved to the Boleyn Ground (also known as Upton Park) in 1904, which remained their home ground for more than a century before moving to the London Stadium in 2016.

The team initially competed in the Southern League and Western League before joining the Football League in 1919. They were promoted to the top flight in 1923, when they were also losing finalists in the first FA Cup Final held at Wembley. In 1940, the club won the inaugural Football League War Cup.

West Ham have been winners of the FA Cup on three occasions; in 1964, 1975, and 1980. The club have also competed in two major European finals, winning the European Cup Winners' Cup in 1965 and finishing runners-up in the same competition in 1976. They are one of eight clubs never to have fallen below the second tier of English football, spending 59 of 91 league seasons in the top flight, up to and including the 2016–17 season. The club's highest league position to date came in 1985- 86 when they achieved third place in the old First Division. 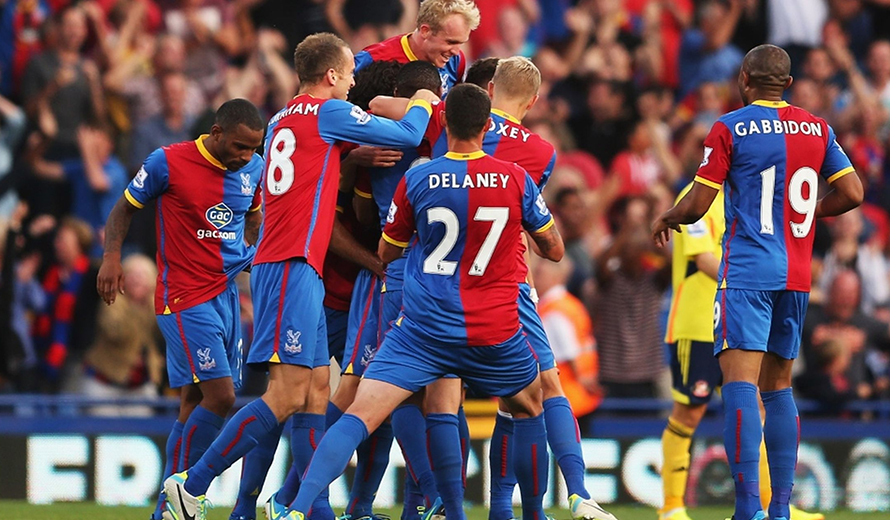 The club was founded in 1905 at the famous Crystal Palace Exhibition building by the owners of the FA Cup Final stadium which was situated inside its historic grounds. Palace played their home games at the Cup Final venue until 1915 when the First World War forced them to move out and play at Herne Hill Velodrome and The Nest. In 1924, the club moved to their current home at Selhurst Park.

Palace have been FA Cup finalists twice, in 1990 and 2016, losing to Manchester United on both occasions. The club were also one of the founding members of the Premier League in 1992. They enjoyed their best ever top flight season in 1990–91, when they challenged for the English league title, eventually finishing in third, their highest ever league position. Palace were denied a place in Europe at the end of that season due to the partial UEFA ban on English clubs following the Heysel Stadium disaster. The club have been second tier champions twice and hold the record for the most play- off wins for promotion to the top flight, winning the final four times. Palace were also winners of the Full Members Cup in 1991 when they beat Everton in the final at Wembley stadium.