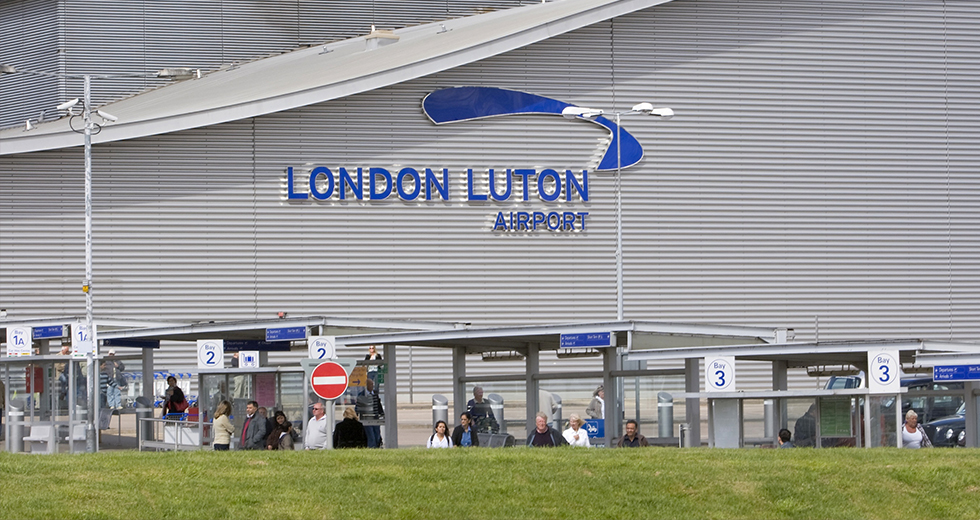 Luton Airport is the fourth busiest and fifth largest airport in the UK. It has become the prominent airport by the passengers to travel in cheap. Throughout the years, Luton Airport has undergone several ups and downs including few major economic ones which almost derailed the airport, but Luton Airport managed to survive the most of it. 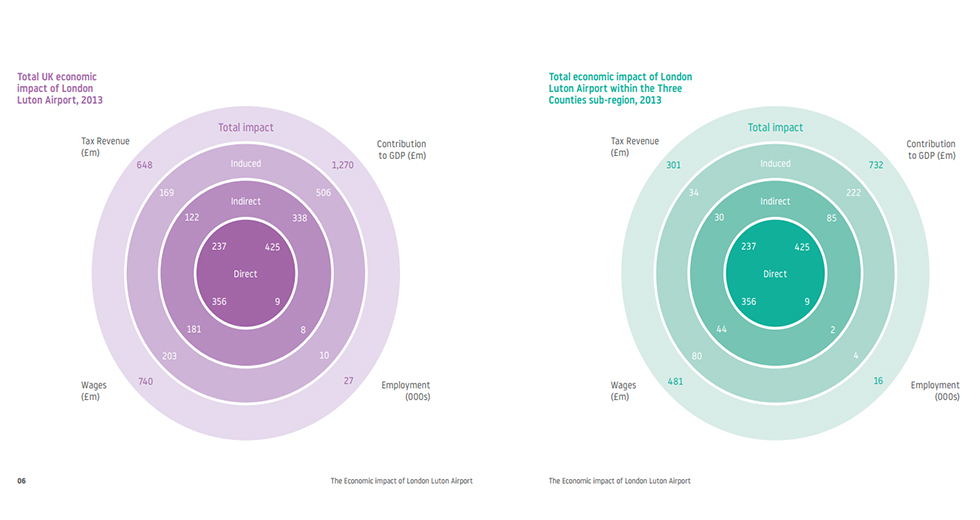 Direct impacts are economic influences and effects that take place between two parties without any interference of the third one. These impacts can be in the form of employment, GDP, Passengers, visitors and tourists, and revenue. The fundamental purpose of direct impacts is to assess and estimate about the businesses who enhanced the overall economic outlook of the Luton Airport.

Luton Airport has employed more than 12,600 in people in 2016 which is expected to be the 11.2% of all the employees in the Luton Borough, and these figures have exponentially increased in 2017.

The GDP contribution of Luton Airport is estimated around £450 million in 2016 that is equivalent to 10% of the overall economy of the country.

Luton Airport has directly contributed more than £400 million in gross wages to all its employees in 2016 followed by generating tax revenue that is around £250 million for UK Exchequer. Also, the direct economic impacts are also influenced by hotels, restaurants, pubs, cafes, airlines and transportation in and surrounding the Luton airport. Each entity directly provides its services to people coming to Luton Airport. 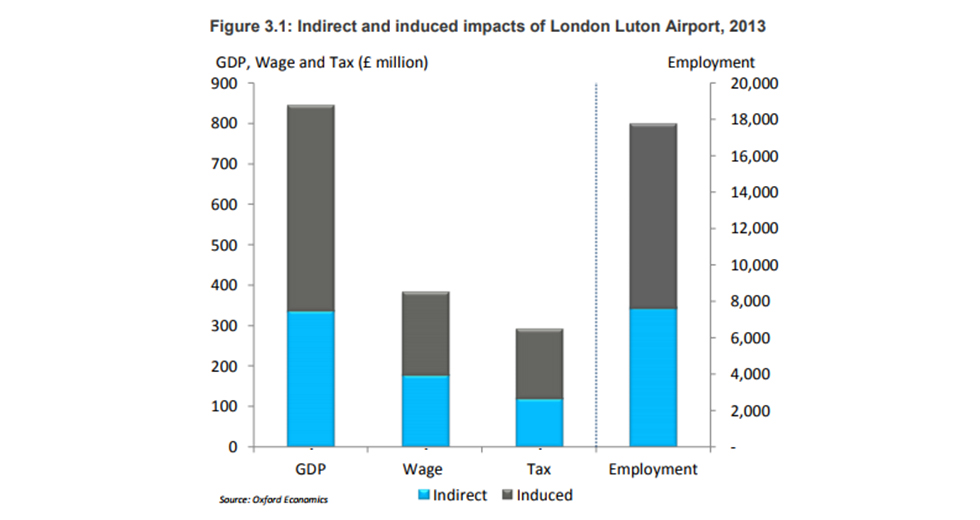 Indirect impacts are economic influences and effects that encapsulates employment and other activities carried within or for the Luton Airport. Consumers with goods and services provide financial benefit through either third-party or upon indirect legal consent from the Luton airport management. Apart from direct impacts, indirect economy helps more in stabilising the current situation of the airport.

When the Luton Airport went in the financial crisis, the management announced to introduce a direct prospective approach which brought forth airlines with cheapest rates and offered employment with good salaries. Furthermore, the aviation-related and legal services also embarked the rising ship to support the cause.

The economic report concluded after extensive research that Luton Airport is the best choice for passengers looking for low-cost travel by a large aviation atmosphere and excellent local airport management surrounded with local restaurants and shops for enjoyment.

The Prospective of Luton Airport

The future prospective of Luton Airport is expected to provide 37,700 jobs in 2030, covering 39% of the overall employment rate in the country. It will generate £2.3 billion of revenue in 2030 alone by covering the 77% economic growth of the Luton Borough.